The Vampire of Bucha

The Vampire of Bucha 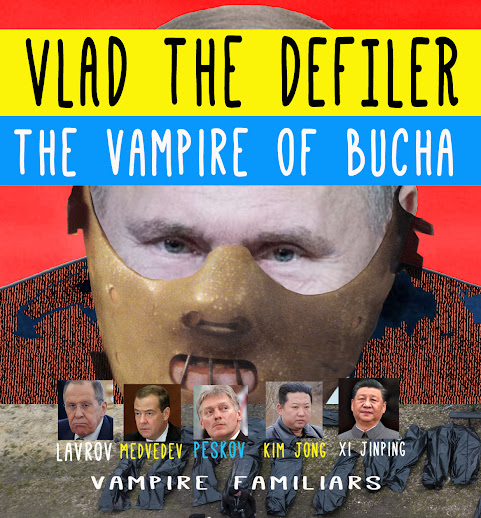 This is a blog about Shinto shrines. Some will say I should stick to the subject. But the only important subject now is stopping the slaughter of thousands of people by a brutal dictator.

A number of the readers of this blog are in Russia. This post is addressed to them and the people who support them. The world cannot standby while a handful of ruthless and ambitious men destroy a hard-won peace that has stood against blind savagery since WW2.

I call on all others in the free-world with any kind of internet presence, from shopping site to political blog, to send the message in anyway you can: dethrone the monsters and stop the slaughter! However small, raise your voice.

And to those in Russia, living under the fear of torture and death, throw away your fears! Act against your leaders who are spreading chaos and would cover the world in blood. Throw your own bodies in front of the tanks to stop them before the bombs start to drop on your heads too!