Summer is the traditional season for scary stories in Japan, and right on cue, we’ve got a spooky tale coming out of Chiba Prefecture. It’s also a pretty bizarre situation, but we’ll start with the creepy aspects.

In Japan, there’s a kind of doll called a wara ningyo. That translates to “straw doll,” but wara ningyo are no innocuous arts and crafts projects. Instead, they’re Japan’s version of voodoo dolls, created as an effigy for someone you wish harm to befall. Instead of damaging the wara ningyo directly, though, you’re supposed to nail it to a tree inside the boundaries of a Shinto shrine between the hours of 1 and 3 a.m., in a ceremony called ushi no toki mairi, or “shrine visit during the hour of the ox” (in the old Japanese time-keeping system, the hour of the ox was designated to what we now call 1 to 3 in the morning). 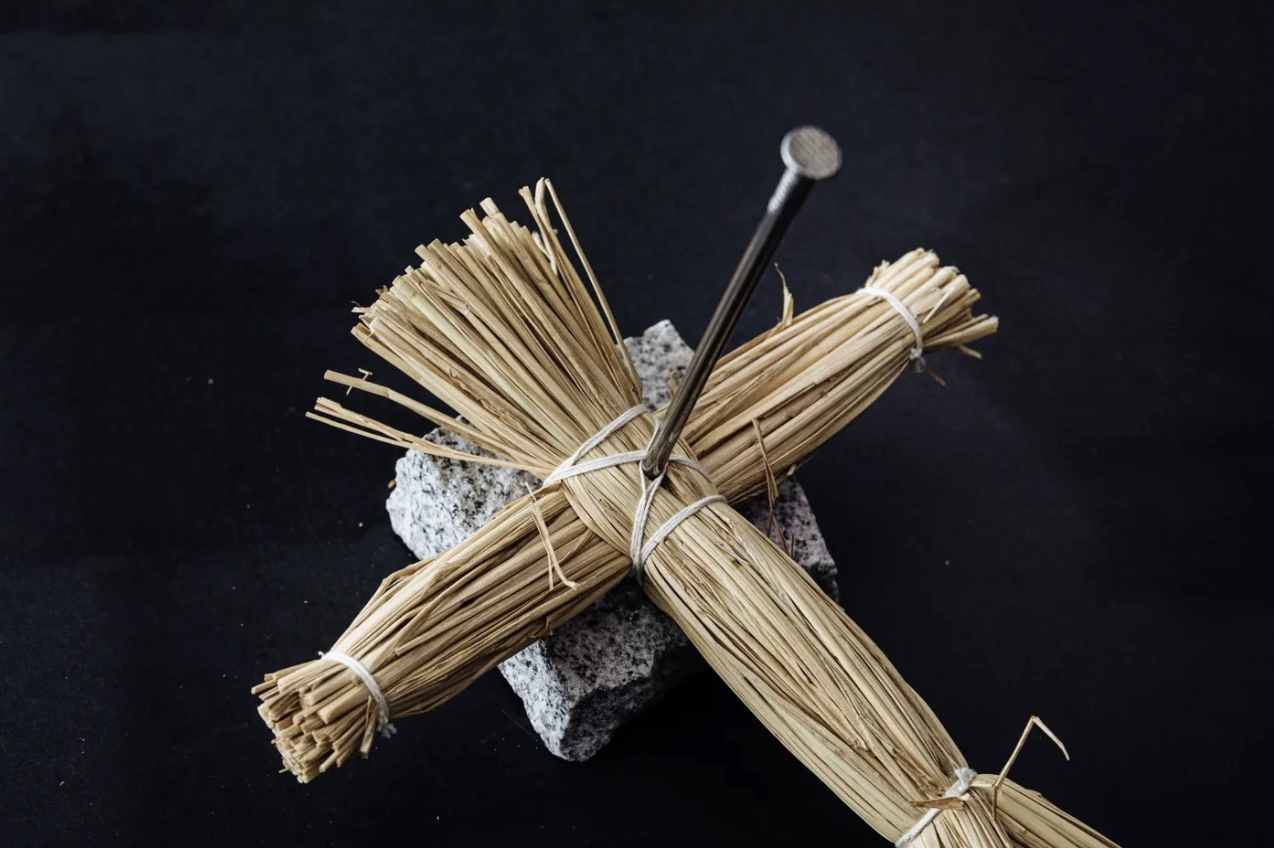 The standard curse inflicted by wara ningyo is supposed to be death, but these days most people with murderous intent tend to opt for more direct means. Because of that, the dolls are now pretty rare outside of horror movies and anime, but since the start of last month, wara ningyo have been found nailed to trees on the grounds of seven shrines in the town of Matsudo, about 20 minutes east of downtown Tokyo. In a modern twist, each one of them also has a photograph of the same person’s face attached to the head.

So just who is the intended target of this dark magic? None other than...

… Russian president Vladimir Putin. Oh, and just in case whatever spirits are supposed to carry out the curse don’t recognize the Russian head of state by sight, at least one of the dolls, the one found at Masudo’s Kanegasaku Kuamano Shrine, also had a piece of paper folded up inside of it with Putin’s full name, current age, and date of birth, all written in Japanese, as well as the message “Praying for his death.”

Even prior to the ongoing Russian invasion of Ukraine, Putin wasn’t the most popular politician internationally, and the ongoing conflict hasn’t done anything to improve his image in Japan. That said, it’s pretty shocking to see such old-school methods employed in protest, as Japanese Twitter reactions show:

“I was actually at one of the shrines where this happened and saw the wara ningyo nailed to the tree. Couldn’t believe my eyes.”

“Having a hard time imagining Putin dropping dead because some Japanese person put a curse on him.”

“Do wara ningyo curses have the kind of range to hit people overseas?”

“Those are some really beautifully made wara ningyo.”

“Hammering a nail into a shrine’s sacred tree? That’s gonna get whoever did it some divine retribution raining down on them.”

As alluded to in the last comment, in the Shinto religion nature is held to be divine, and a shrine’s trees in particular are often considered sacred. At Kanegasaku Kuamano Shrine, for example, the doll was found nailed to its camphor tree, which is more than 200 years old and predates even the shrine itself. Priests and shrine caretakers are asking that whoever is carrying out the ushi no toki mairi cease and desist, and while the curse itself is not a chargeable offense, local police are investigating the incidents as crimes of trespassing and vandalism.

Click the link to see a TV news report.