Originally posted on 6/19/19
Most readers of this blog know that a kamidana or "God Shelf" is a small, Shinto altar for the home, office, or place of work. Usually made of wood and attached to a wall near the ceiling it was once ubiquitous in Japan. However, these days, when most people live in apartments, where attaching anything to the wall is restricted, move frequently, or live away from home for long periods of time due to work requirements, the kamidana has all but disappeared. Still, many people frequent the local shrine, particularly at New Year's, and purchase ofuda for the home, then have no place to properly keep them. For people in these situations, as well as for foreign visitors with a keen interest in Shinto, the Portable Kamidana Jinja is an excellent solution. Please keep in mind that the kamidana is only a home alter and does not refer to any specific kami or jinja. In other words, it is not imbued with any spiritual power. Only an ofuda from a jinja can represent the spirit of any specific kami. The one pictured above is only a sample, not an actual ofuda.

Simply follow the easy instructions to unfold the kamidana, and set it up in on a shelf or cabinet. No tape or glue needed. Then place your ofuda in the position provided. Now you are set to offer a silent prayer to the kami and receive it's blessings. If you would like to send the Portable Kamidana Jinja as a gift, it slips conveniently into an A4 size envelope. You can also collapse the Kamidana and reset it any number of times. The Portable Kamidana Jinja costs 2,700 yen including 200 yen tax. (Shipping and paypal fee adds 450 yen for a total of 3,150 ). For further information or orders, contact me at hitsugi101@yahoo.com.

The Portable Kamidana makes an excellent gift as well. Made of heavy weight paper and beautifully printed, it presents a formal appearance appropriate to the task of supporting the ofuda. Once again, please keep in mind that the sample provided with the kamidana, is not an actual ofuda, and should not be displayed. Also note that some ofuda may be very long and not easily supported. The sample ofuda depicted here is 190mm tall but up to 250mm is fine. You can pay through paypal internationally or furikomi within Japan. 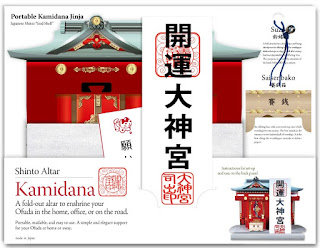 The Kamidana Jinja comes with a suzu and saisenbako. Remove the folded kamidana from the package and follow the set-up instructions printed on the back. 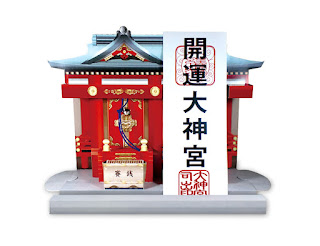 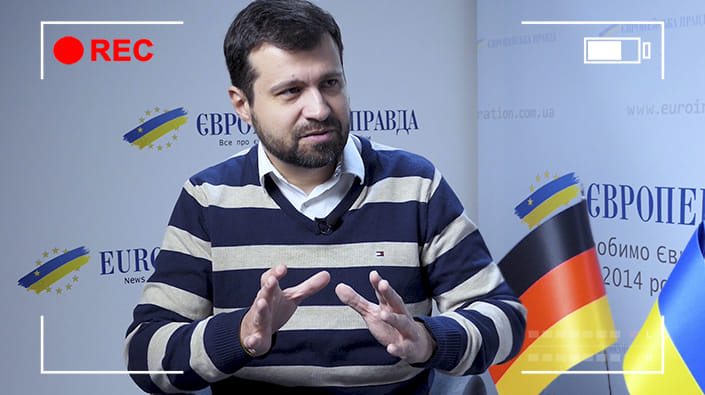 Sergei Sumlienny is an unusual German expert. He was born and raised in Russia. He moved to Germany and became a citizen due to his German ancestry. He gave up his Russian passport.

He works in Berlin and heads the European Resilience Initiative Center.

Sergei unconditionally stands with Ukraine and admits that he does not belong to the mainstream of German experts who have not yet overcome their psychological bonds with Russia. He does not doubt that Germany will make a decision eventually and hand over tanks to Ukraine.

The most complicated issue that the Germans have to overcome is that the murders, rapes, and other war crimes in Ukraine support the vast majority of Russians. We met in the EuroPravda studio in Kyiv, where Sumlienny stopped from Berlin to Izium, where he delivered humanitarian aid.

On Leopard tanks and what Germany is for Ukraine

Germany is definitely not Ukraine's enemy. However, it is questionable in what spheres it is a friend. It is interested in Ukraine's victory; in strong Ukraine, in Ukraine, which is a European state integrated into the EU and NATO.

The problem is that Germany needs to do more for this victory now. It does not understand what "bills" it will get because this war lasted 1.5-2 years, and not 3-4 months, as it could have with its sufficient assistance.

This is Germany's problem: loud statements and very slow action.

Olaf Scholz is not an anti-Ukrainian politician. He is not an enemy of Ukraine. But in some cases, not being an active friend is already wrong.

I'm sure they will hand over Leopard tanks.

Germany will deliver them to Ukraine, but only following other states. For example, if the United States hands over tanks, Germany will wait two weeks and do the same.

The real problem is not Scholz. The problem is that his coalition partners let him do this. They need more political experience and courage to stand up and say out loud that Scholz is making a mistake.

What German politicians think about Russia's defeat in the war

German politicians are frightened by the thought of Russia's defeat in the war because they cannot comprehend it. "What will happen after?"

The opposite outcome, like "reconciliation" with Russia, is welcome by many.

First, they cannot imagine how the Ukrainian nation, which for many Germans "did not exist" until recently, wins a war against a nuclear state.

Secondly, they cannot realise that the crimes committed by the Russian military in Ukraine are actually part of the Russian political worldview. They do not realise how much Russians do support such actions.

On violence as a "religion" of Russians

It was easier for me to understand the actions of Russians in Ukraine because I was born in Russia and socialised there. I didn't doubt that Russia would attack Ukraine. I understood that destroying Ukraine is a fundamental value of Russian statehood.

In general, for a normal person, and even more so for a German, it is terrifying to understand who the Russians are as a political community.

Russian worldview is violence which is a top of values. Not wealth, not health, not fun, but violence itself is their basic value.

That is why the cult of war, disguised as the cult of victory, is so popular there. They honour Victory Day not because they saved their country. The idea of victory for the Russians is that "we destroyed everyone. Our tanks marched across Europe." Russians also have a cult of sexualised violence, including the "We Can Do It Again" car stickers, where two human figures are depicted in a position that apparently implies violence and rape. Victory for them is when you rape someone.

Likewise in the current war.

Ukrainians see victory when their country is saved, and there are no more threats. Russians see victory when they enter the city, burn everything, rape, and move on. Destroying something is even better for them than stealing. They demonstrate their power in such a way. "To steal" is not so relevant because today you have it, and tomorrow someone will steal it from you.

Moreover, very educated Russians fully share this concept of cannibalism - representatives of business, science, and culture integrated into the Western world. They see nothing wrong in destroying Mariupol or Kyiv, striking a nuclear attack on Ukraine, in those created in Russia filtration camps, in torture...

But the Germans do not see this. They cannot imagine that this is possible.

The Germans cannot believe it is about Russia's desire to physically destroy the Ukrainian nation and turn those who remain alive into Russians.

Ukraine can join the EU but a lot depends on how this war ends.

If the war ends as a "frozen conflict," when Russia still has ambitions for another offensive, then, most likely, Ukraine will not join the EU.

But if Ukraine wins this war, in this case, Ukraine's EU will be very interesting for the European Union itself because Ukraine is a large country, which is better to have inside the EU.

On the alleged collapse of Russia through the eyes of Germany

The Germans are absolutely not ready for Russia's collapse, although it is very real nowadays. It was the same situation when they were entirely unprepared for the USSR collapse.

The German mainstream will understand the reality only when Russia starts falling apart.

There are several reasons for this attitude towards Russia.

First, Germany has a very romantic, fairy-tale image of Russia. They really believe that Russia is a "great country."

Secondly, the USSR was called "Russia" in Germany and it got its consequences. This lasted for decades and led to the Germans feeling guilt for WWII only for the Russians, and not for other peoples of the former Union.

On the German experience of repentance for WWII crimes

Any comparison of modern crimes committed by Russia and Russians with the crimes of Nazi Germany (Holocaust, war of extermination in the East, etc.) is unacceptable to most Germans.

The German political responsibility for WWII crimes was based, among other things, on the idea of the Holocaust's uniqueness: they say that this crime is so terrible that it is one of a kind in world history.

It leads to a shameful consequence - some Germans have a certain pride, like, "we have committed the worst crime in the history of mankind, and we are best repenting for it." Many cling to this subconsciously. They want to keep this experience private from Russia.

If it turns out that we are no longer "champions in repentance," then what should we be proud of?

Unlike post-war Germany, Russia will not be either occupied or integrated into world structures or save its institutions.

Post-war reconstruction is not waiting for Russia. It will face disintegration and new identities. Russians will try to distance themselves from their historical guilt.

Even though Putin radicalised Russians similarly to Hitler in the 1930s, the outcome will be different.

Email ThisBlogThis!Share to TwitterShare to FacebookShare to Pinterest
Labels: Not Many Understand That, Violence Is Part of Russian Mindset
Newer Posts Older Posts Home
Subscribe to: Posts (Atom)